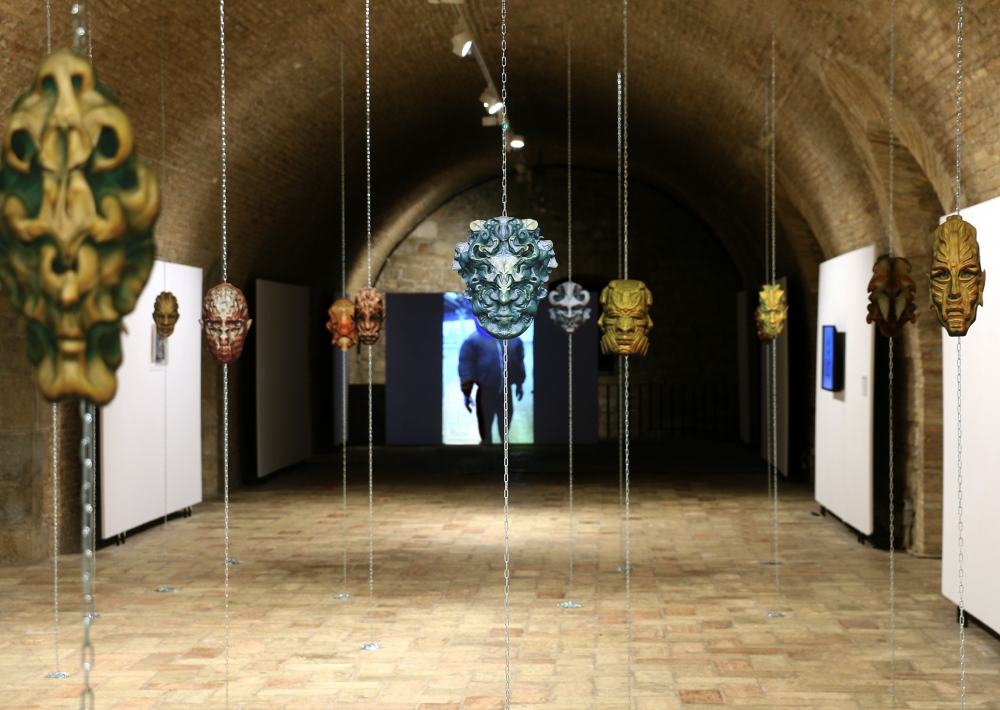 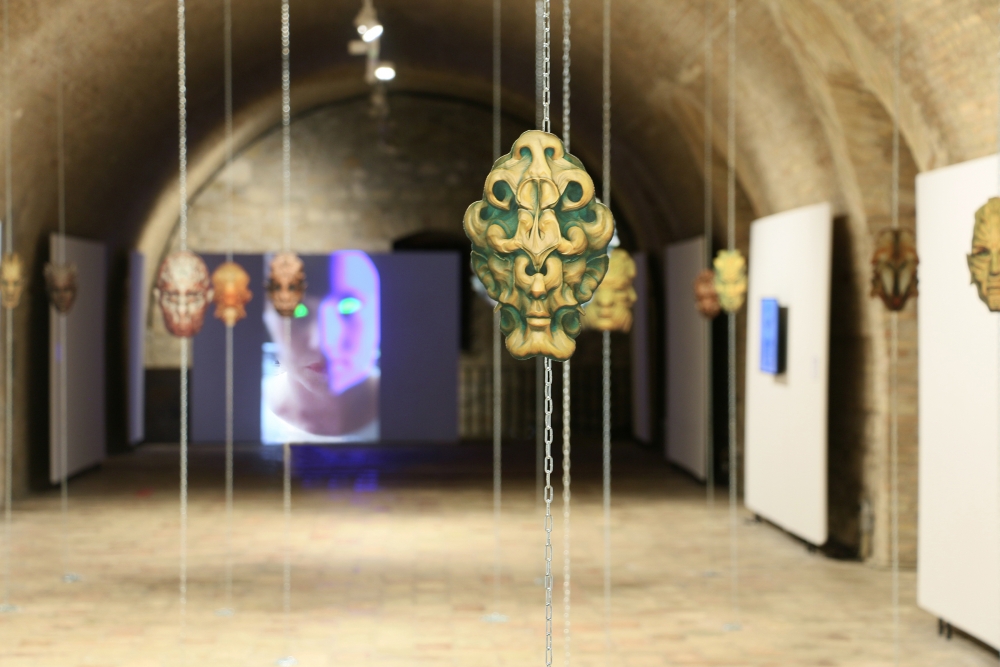 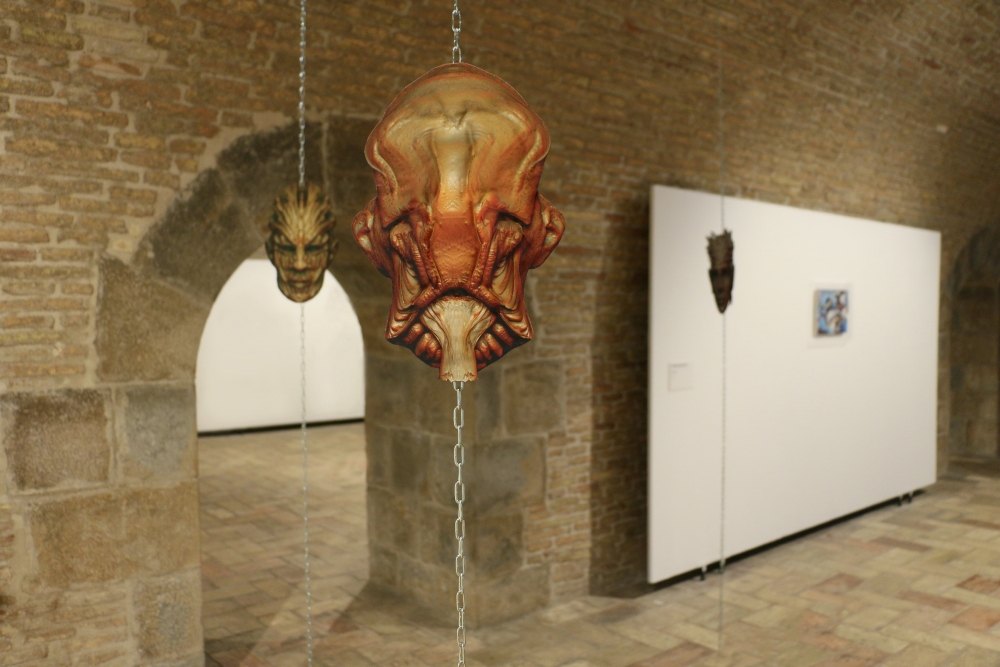 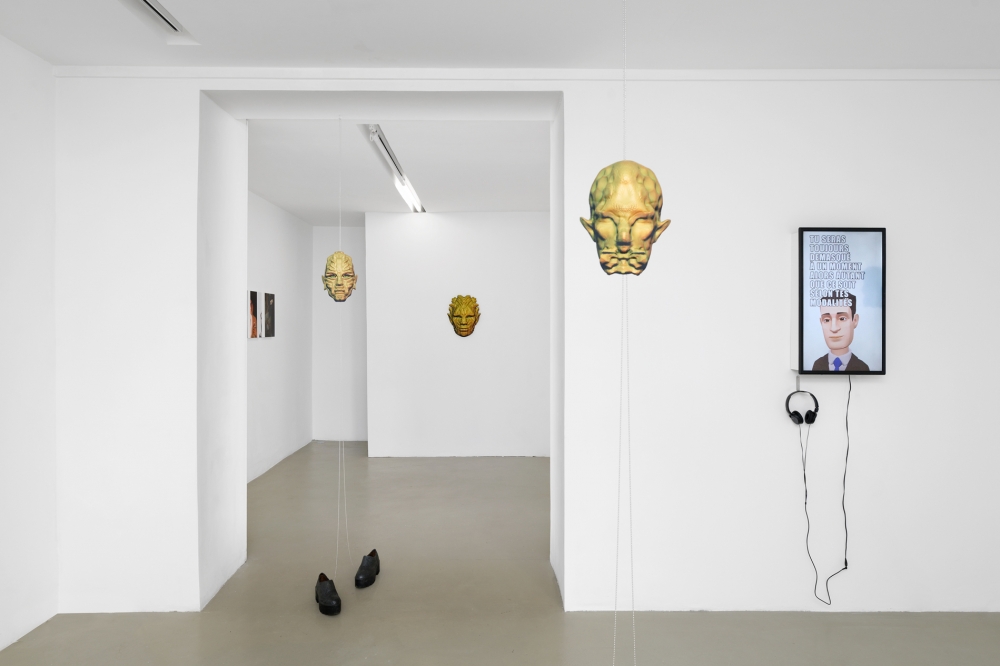 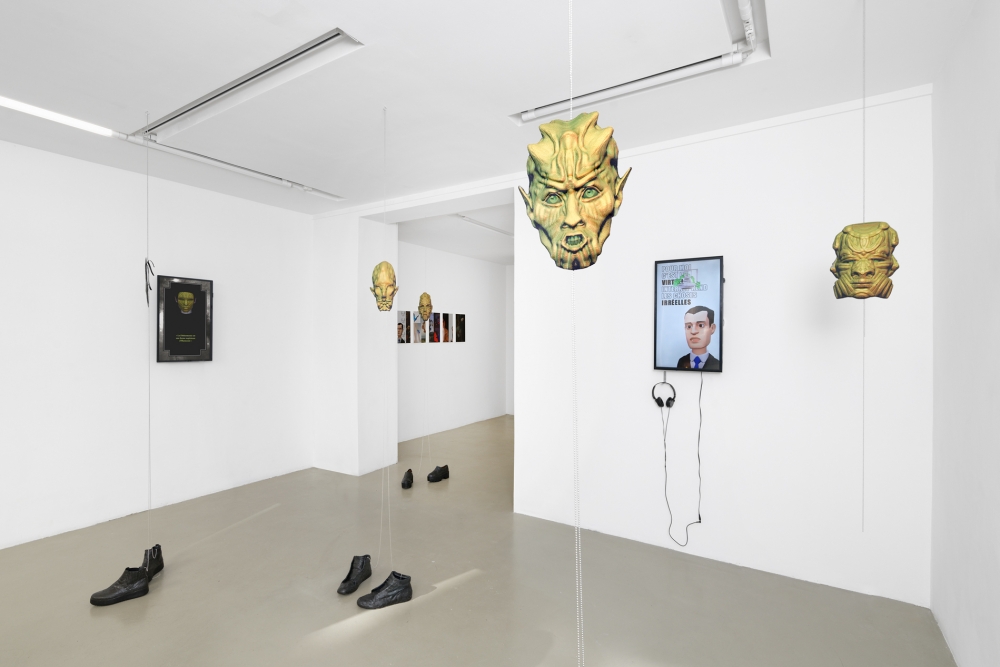 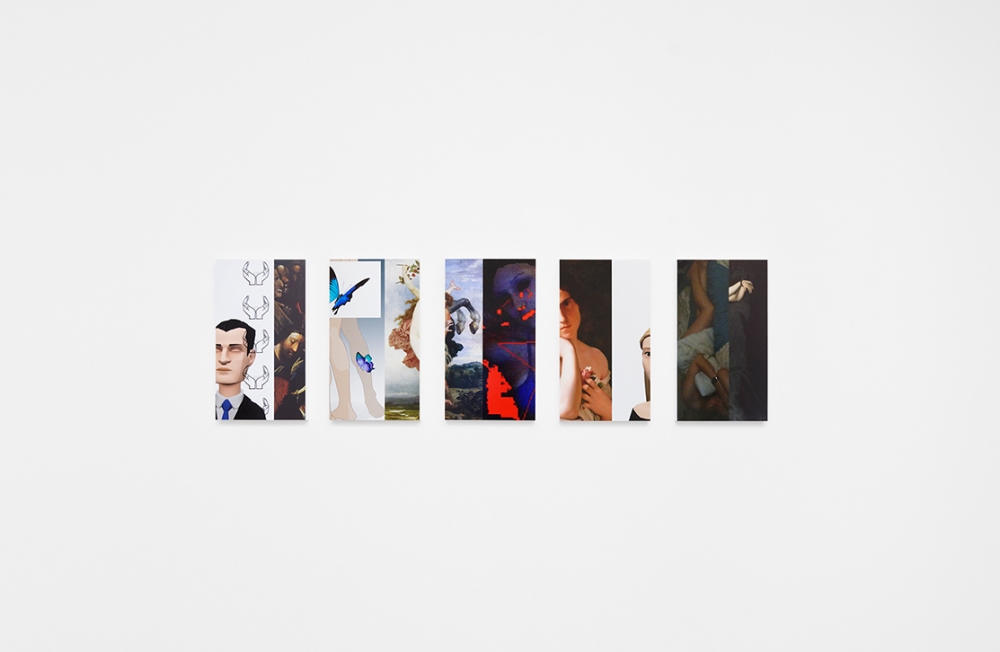 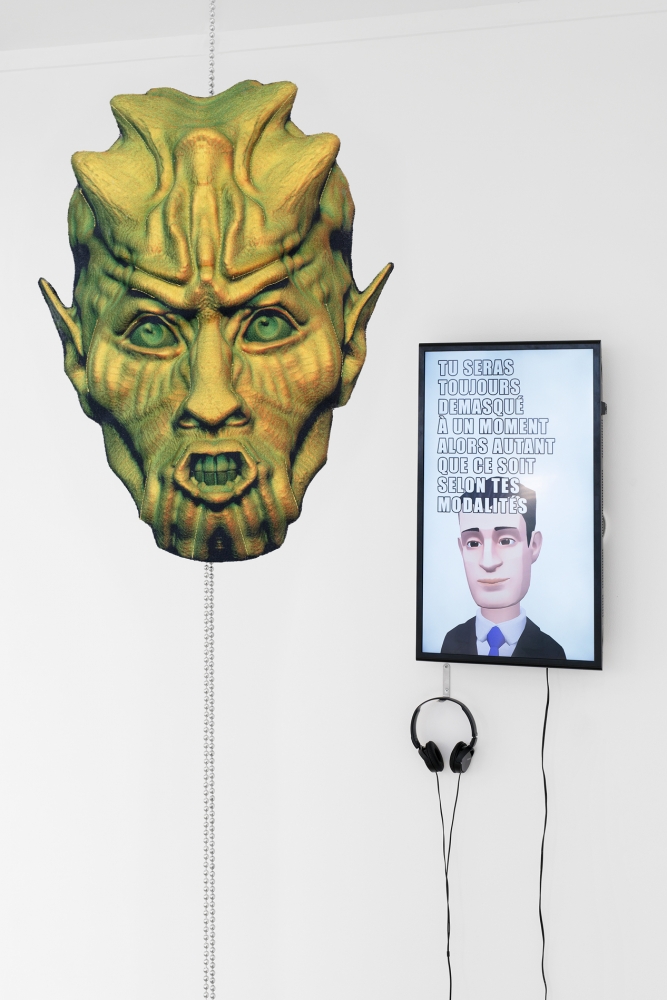 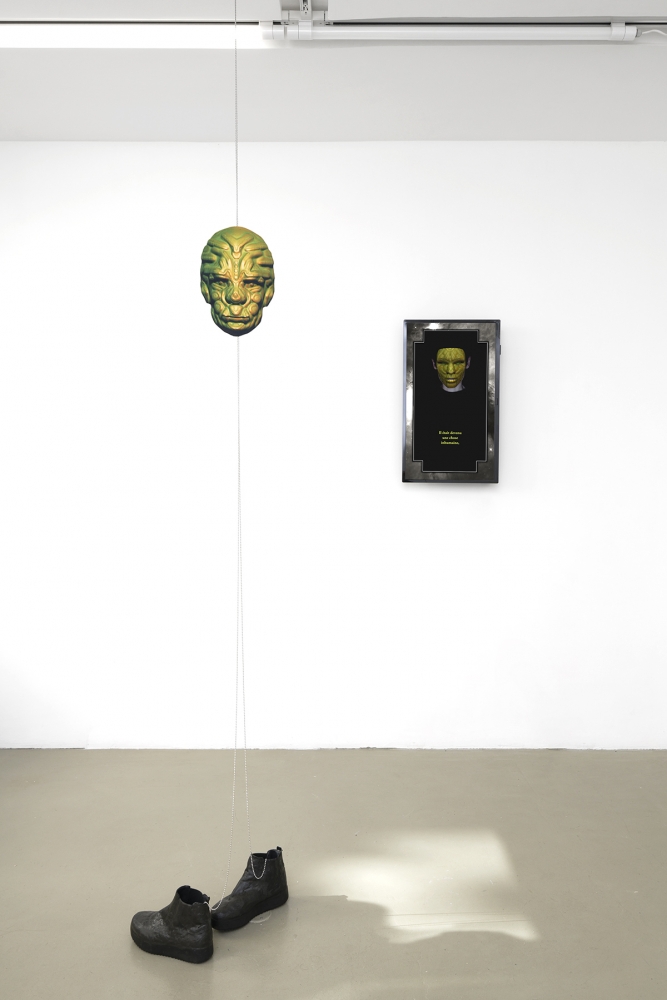 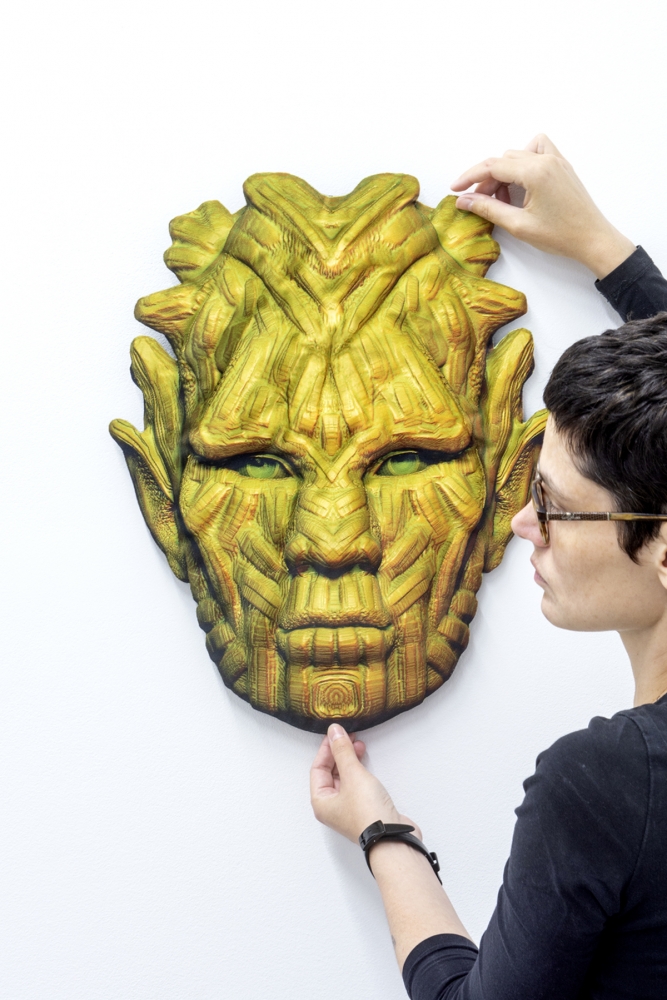 In the exhibition When We Were Trolls (WWWT), Caroline Delieutraz explores the more sinister aspects of the Internet through the figure of the “troll”. This term is used to describe people who deliberately post inopportune or excessive comments with the intention to disrupt online communities and to elicit strong reactions from other users. Over the years, trolling has acquired a particularly threatening aura, owing to its use in attempts at political destabilization as well as the level of violence that is sometimes involved, including cases of group harassment.
Based on a series of interviews with a certain Aurélien, as well as the contents of his hard drive, Caroline Delieutraz is able to draw the digital portrait of a particularly effective troll, having operated in the years 2000 and 2010. Through the use of masks and avatars, she develops a form of documentary writing which drifts from a virtual space (albeit one with very real implications) to a sort of bitter dreamscape. The artist explores the strategies deployed by the self-proclaimed “king of trolls” as a game of attraction/repulsion. She depicts the pride-tinged confessions of a self-professed sociopath using elements which are made ambiguous by the very act of trolling and its assumed anonymity, thus straddling the line between pieces of evidence and trophies. These fragments of Internet’s recent history reveal the paradoxes of a socially inadequate world, in which harassment is interwoven with rhetoric and play, and in which one’s intelligence is used to harm others for “fun”, randomly striking at “what is public but is not great”.