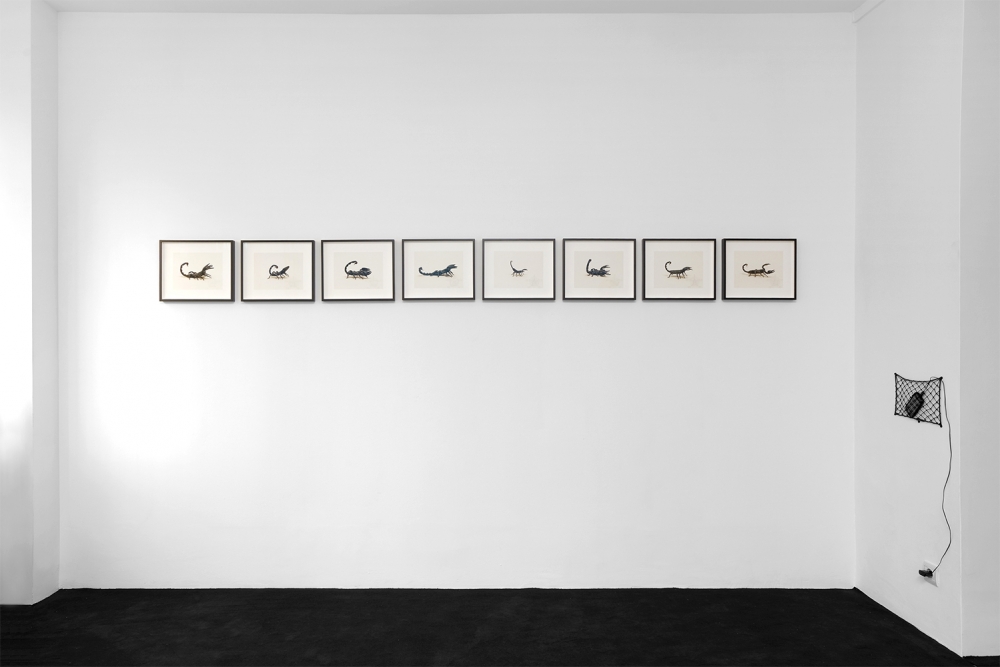 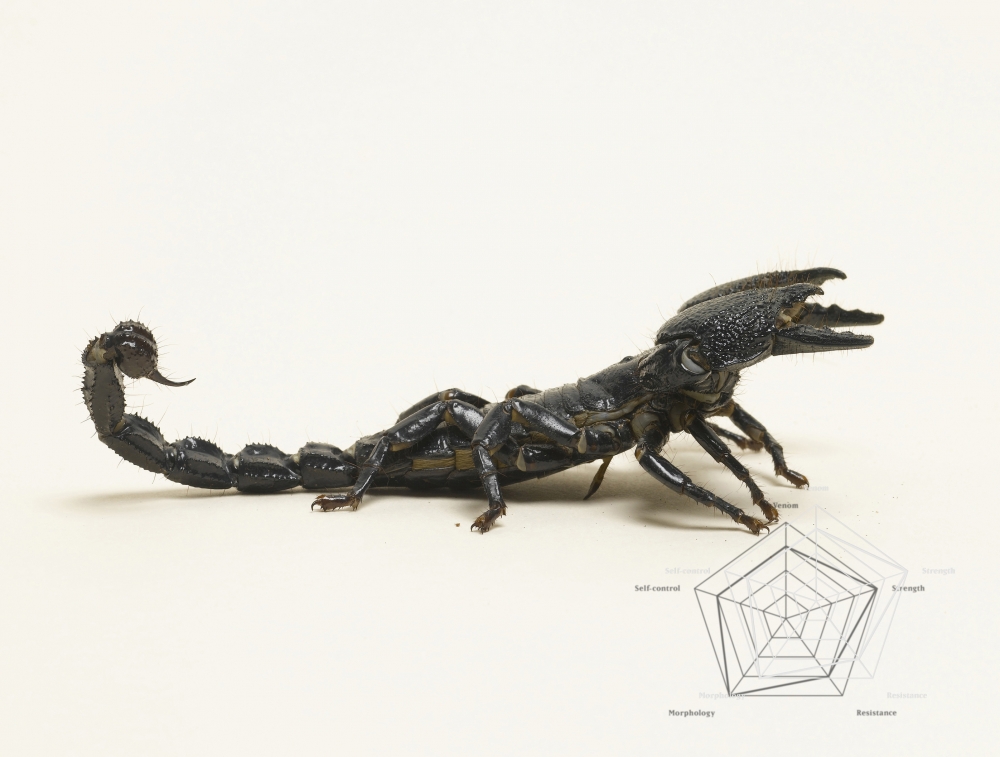 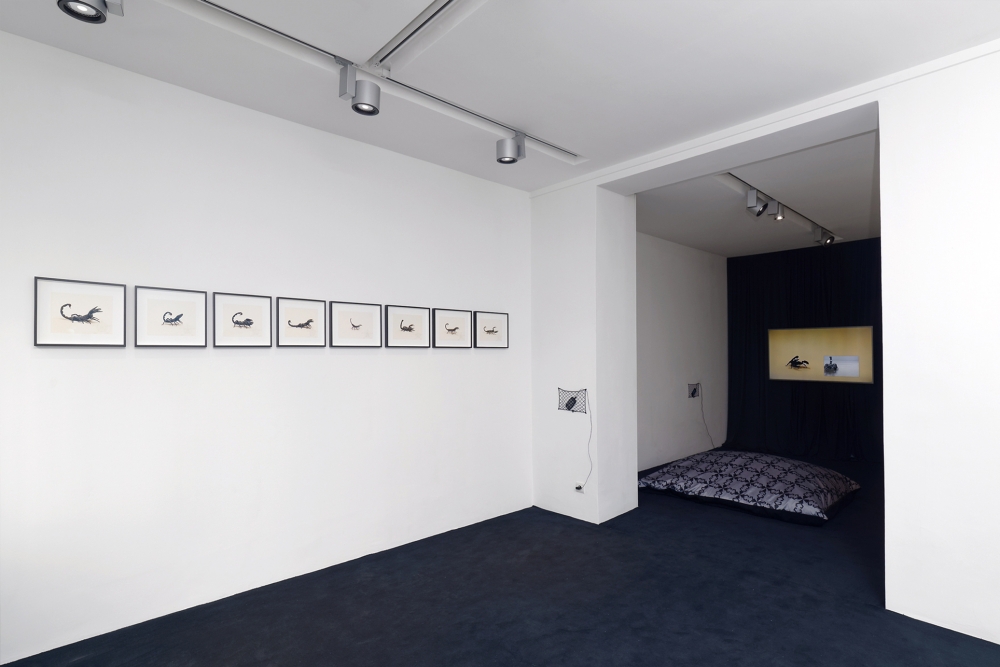 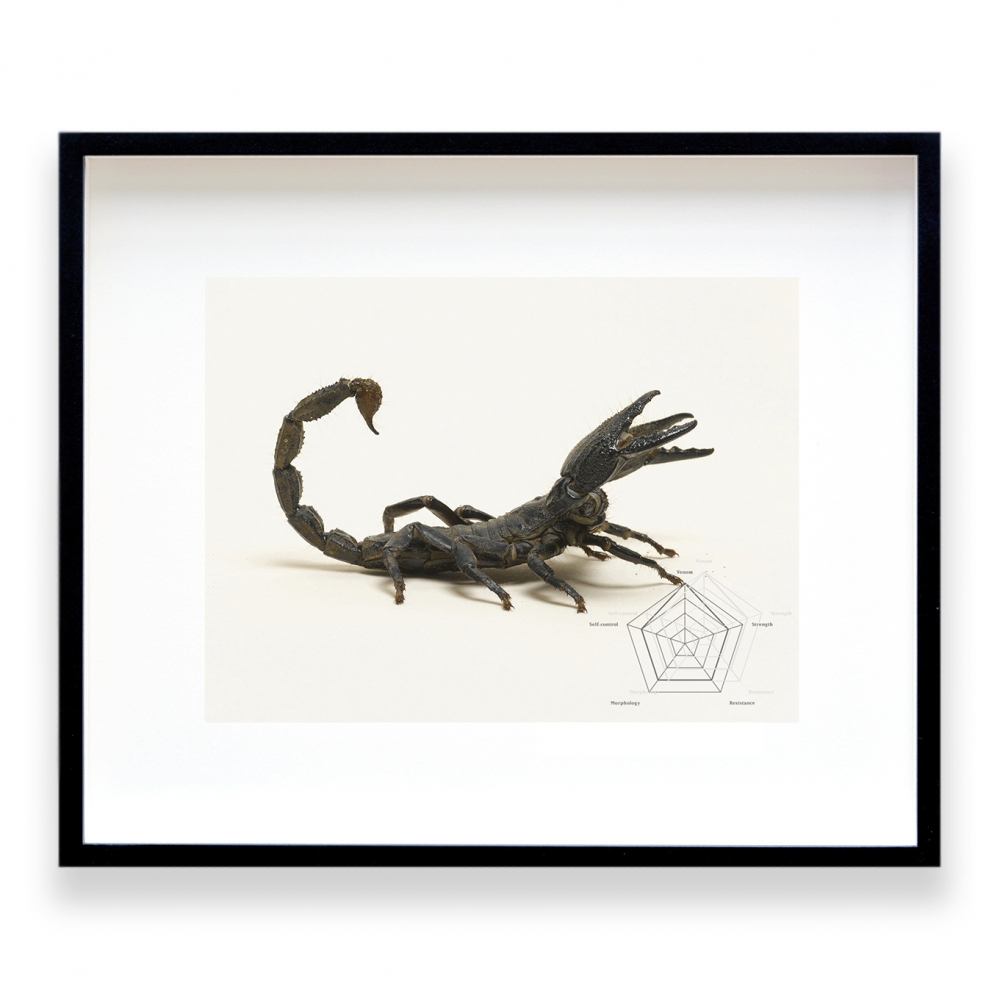 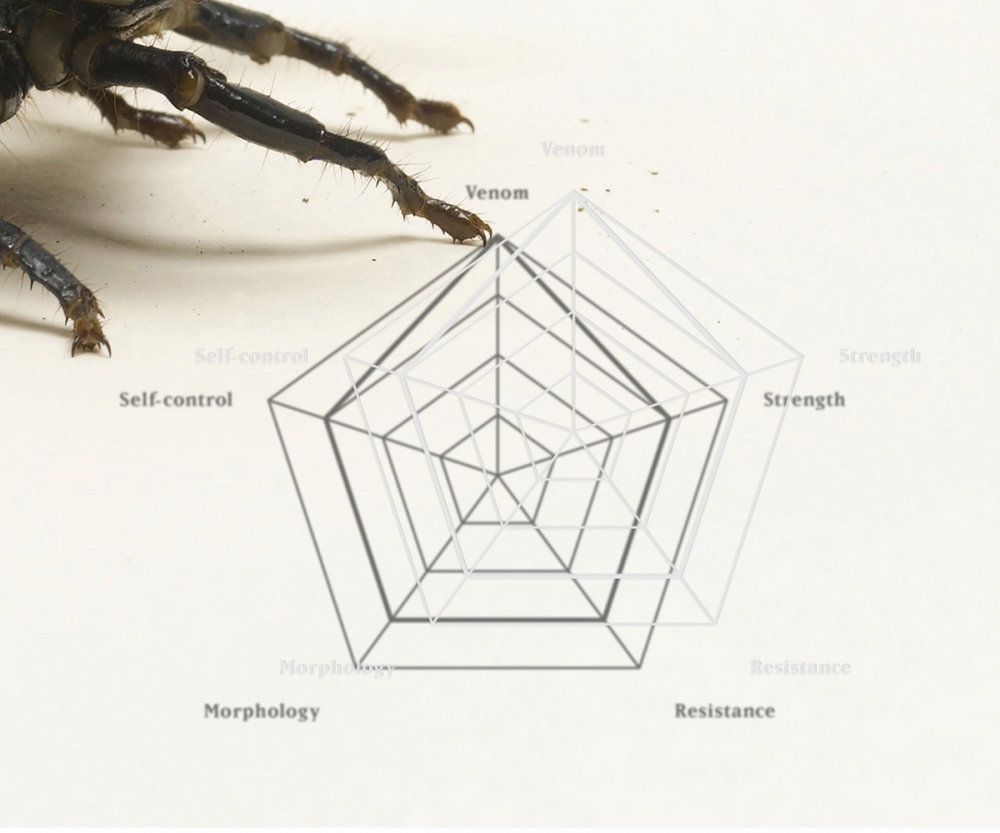 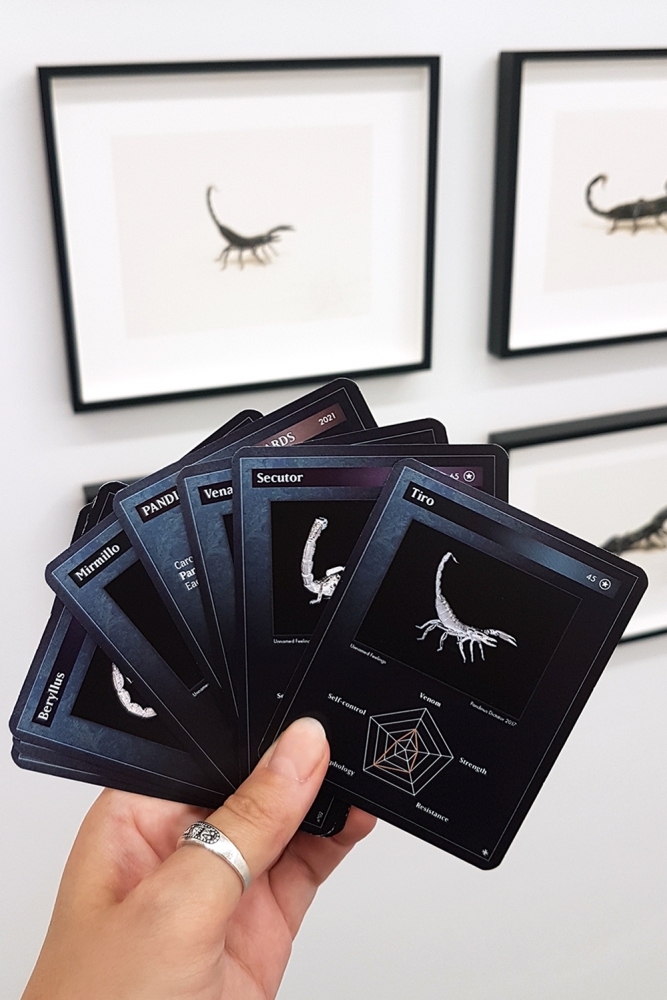 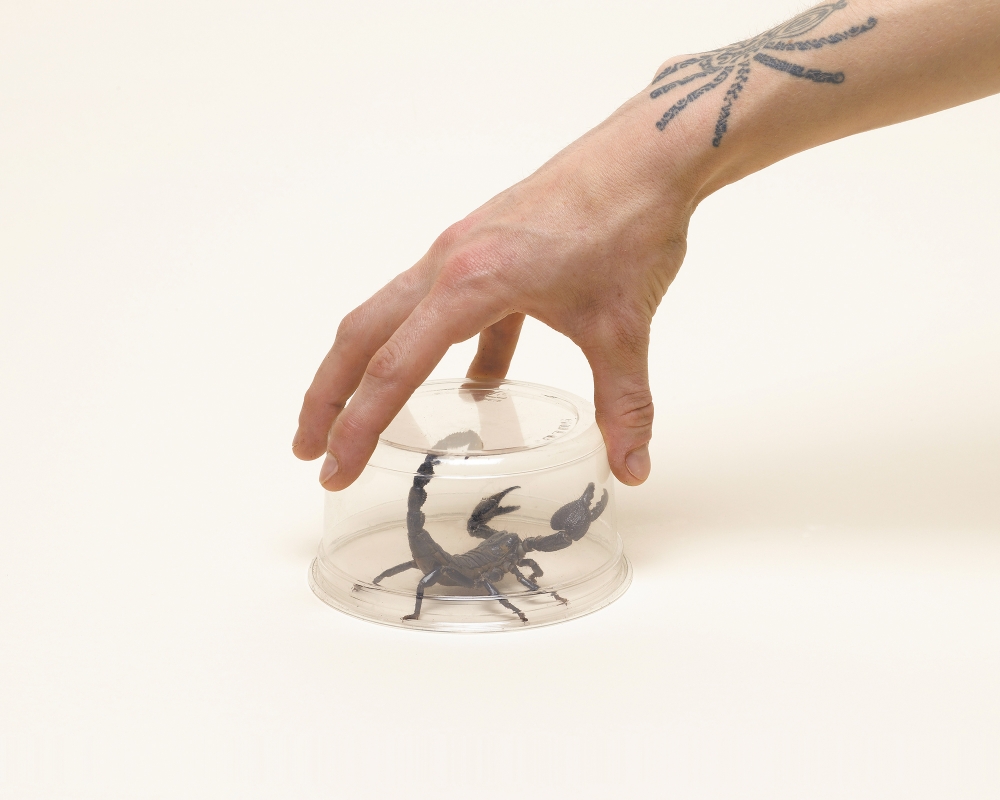 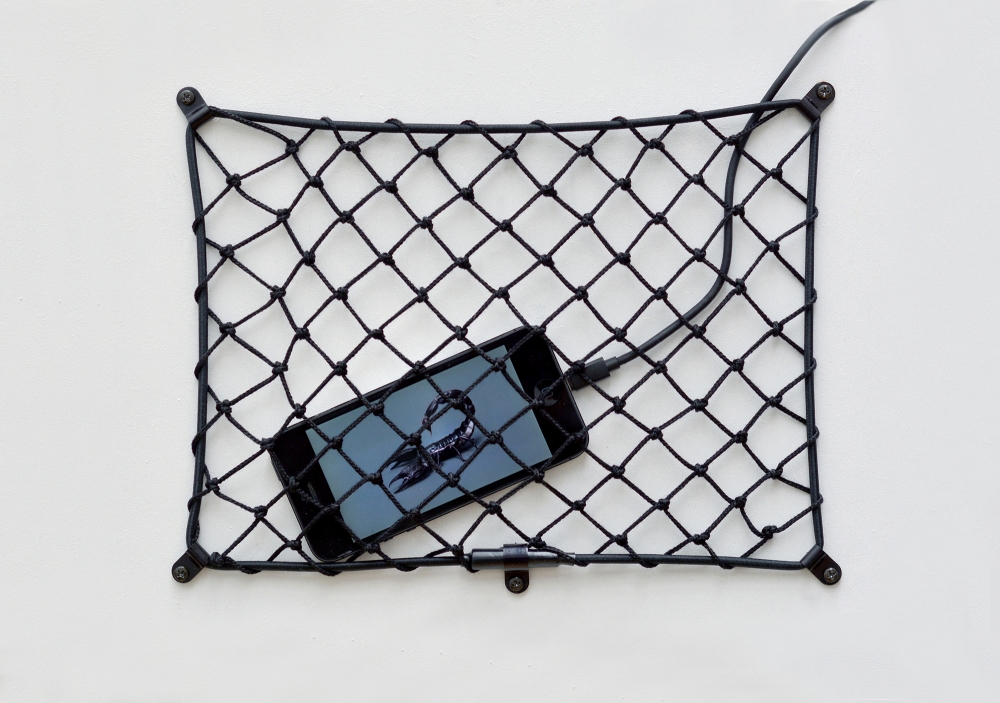 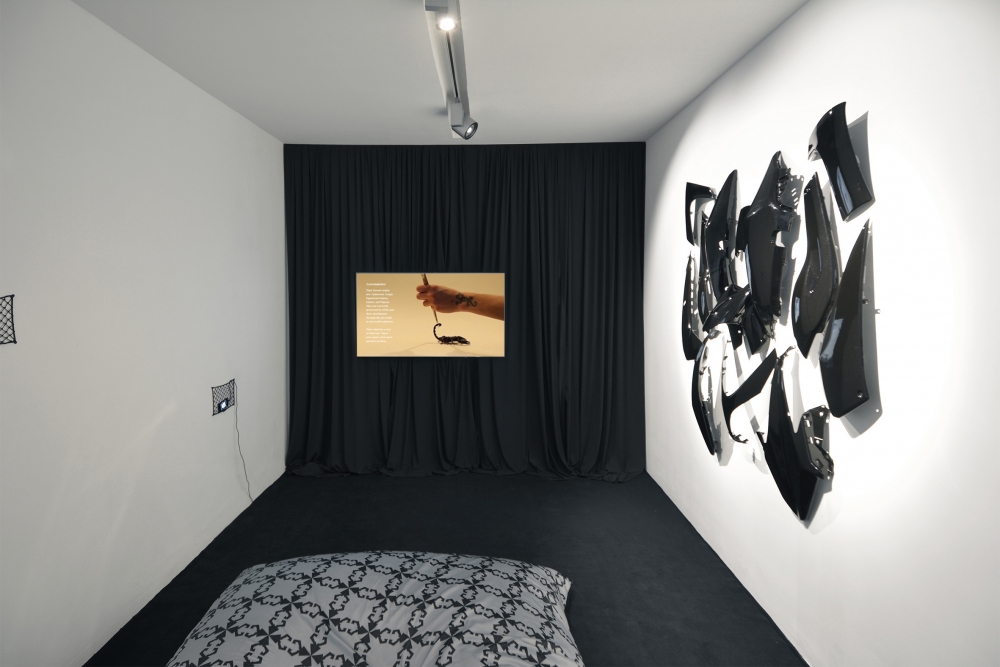 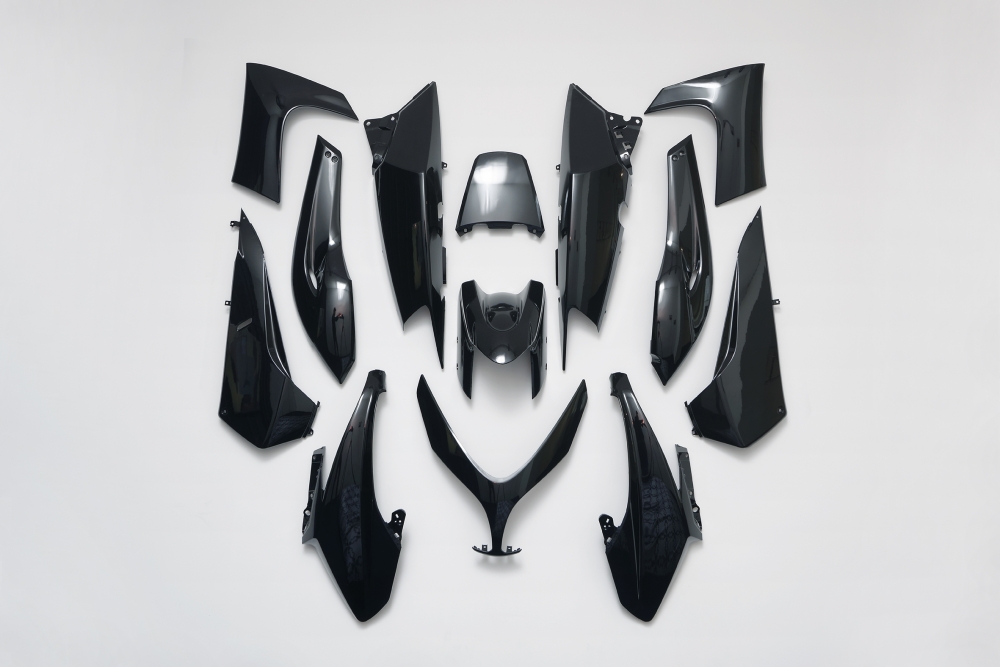 The series of works Pandinus Dictator deals with invisible globalized flows. Starting from a broadcast on the French news channel France Info, the artist is interested in scorpions threatened with extinction, objects of an international traffic. Pandinus Dictator is based on the seizure at Roissy customs of 119 scorpions of the protected species Pandinus Dictator, reputedly toxic and highly sought after by collectors. Coming from Cameroon, these living arachnids were intended to be sold via a Facebook page in the United States. The artist went to the customs to take pictures of them one by one. She assigns them different degrees of ability (Venom, Strength, Resistance, Self-Control) through a skill diagram engraved on the glasses of the frames. This diagram makes them switch from entomological classification to a system that gives them an exchange value. The field of the photography widens towards the object, in particular by the circulation and the declensions of the motif of the scorpion. The artist is using repetition, analogy and dispersion, evoking Karl Blossfeldt’s photographic inventories from the beginning of the 20th century as much as André Gunthert’s recent theories on conversational photography. Caroline Delieutraz explores the world of scorpion collectors, amateurs and specialists in a video in the form of Internet navigation. As a red thread of the video, the making-of of her photographic shots shows an anonymous hand placing scorpions in order to make them photogenic. A gesture that refers to the making and manipulation of images. According to her preferred method, the artist associates this making-of with discussions extracted from forums as well as with amateur and advertising images. The images she produces are thus reinjected into the flow. She also circulates them on smartphones held in luggage nets, recalling the grip of scorpions, the web of arachnids or the grid of the camera’s viewfinder. Between repulsion and desire to possess, this symbolic capture through photography highlights the power relationships that are woven into the circulation of images, and their influence, almost subliminal, on our aspirations.

Photographs of scorpions made in collaboration with the Studio des Plantes 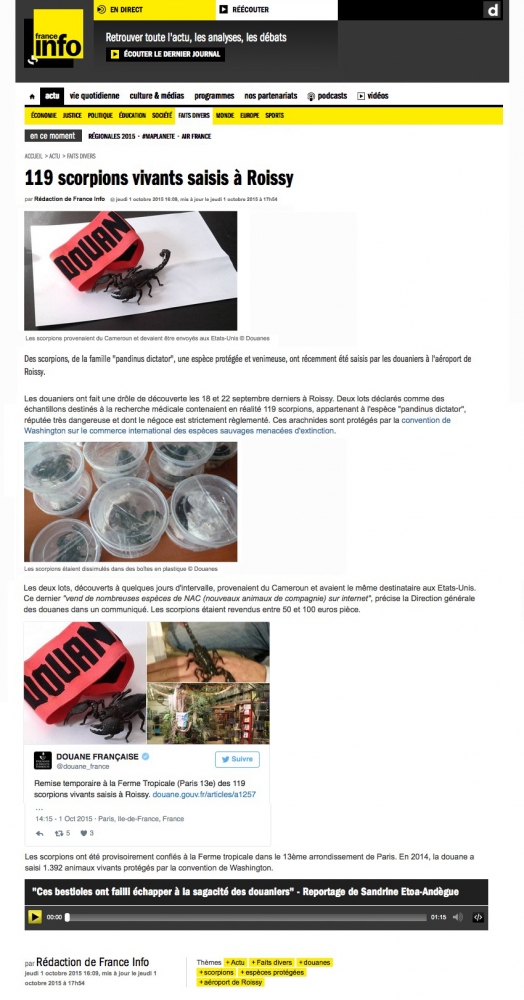